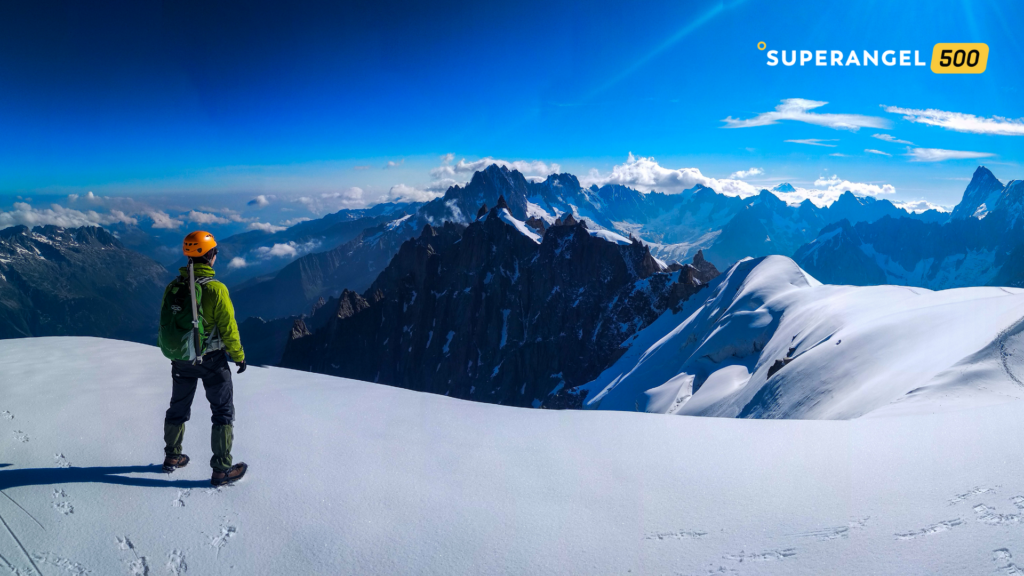 On February 27th, 2020, Estonia marked its first case of COVID-19, and by March 12th the country went into lockdown. These moments marked a turning point in the country’s startup economy. It was here where Estonia had to face the challenges that came with a global pandemic. While Q1 of 2020 showed signs of high growth and revenue, Q2 told a story of slight economic decline resulting from the pandemic. Q1 also failed to reflect the true impact of the COVID-19 pandemic. However, even in these trying times, there are significant and encouraging signs of optimism. Based on publicly available Q1 and Q2 data in Superangel 500 we looked for answers to the following questions:

What Did The Startup Environment In Estonia Look Like In Q2 of 2020?

Q2 2020 in Estonia’s startup ecosystem can be characterized by the pause of high levels of growth. Before COVID-19 many believed that Q2 2020 would have a strong showing given the strength and trajectory of the past years and quarters. Unfortunately, Q2 put a damper on the widespread optimism regarding Estonia’s startup ecosystem. The total revenue in Q2 was 226M€. This value marks the halt of an era that was characterized by high revenue growth seen from Q4 2017 till Q1 2020.

The graph below shows the companies with the highest revenue in Q2.

Notably, in Q2 we saw 296 companies with an increase in revenue, while 271 saw a decrease in revenue. This isn’t uncharacteristic given that many companies were facing the damage that came with COVID-19 and the subsequent economic lockdown.

Taxes also offered an interesting insight into Q2 and the startup ecosystem in Estonia. In Q2 2020, the total tax paid by Estonian startups was approximately 28.5M€. This is in contrast to that of Q1 which saw that the total paid in taxes was 30.7M€. The 20 startups that paid the most in taxes are shown in the graph below.

The 15 startups that paid the most in taxes in Q2 contributed towards 58% of overall taxes paid by Estonian startups.

The 15 startups that paid the most in taxes in Q1 contributed towards 54% of overall taxes paid by Estonian startups.

Q2 also saw new players entering the top 15 of the largest tax contributors. These companies were Onoffapp, Scoro Software, and Fortumo. In contrast, Milrem, Monese, and Fiizy left the top 15 list in Q2.

Employment statistics also provided information regarding Estonia’s startup ecosystem in Q2. The total number of employees in Q2 was approximately 7,400. The companies that had the most employees are visible in the graph below.

It is praiseworthy that companies were still able to hire new staff during challenging and historic times. There are potential reasons that some companies were still able to hire employees or retain their current employees. One of these reasons was the Estonian government’s response to COVID-19 and employment. The Estonian government took temporary measures to prevent unemployment and help struggling businesses. The Estonian Unemployment Insurance Fund declared that it would cover 70% of employees’ original wages to Estonian businesses that were struggling. The payment would go through if certain criteria were met such as:

Additionally, the government proposed additions to the budget that allowed business loans earmarked for liquidity to support companies. These government policies helped reduce the drop in employment and helped companies stay afloat. While overall indicators like revenue, taxes, and employment decreased since Q2, we were still able to see companies doing well and standing strong during the economic toll of COVID-19.

What Were The Pain Points During Q2 Amidst Covid-19?

Bolt. The significant impact Bolt had on Q2 numbers should not and cannot be ignored. Bolt is Europe’s ridesharing startup offering fierce competition to Lyft and Uber. While Bolt is Estonia’s Unicorn and generates more revenue than other Estonian startups, it greatly struggled in Q2. A large reason for its struggle was because of the nature of the business. European lockdowns due to COVID-19 reduced the number of people utilizing ridesharing apps. Additionally, Bolt was not well set up for large economic challenges. The startup has never made a profit and relies heavily on venture capital investments and European Investment Bank loans. Additionally, during the early months of the pandemic, the company requested a loan of 50 million € and became part of the government’s job retention scheme to stay afloat. Q2 statistics for Bolt did not look promising. Europe’s ride-sharing startup lost the largest amount of money between Q1 and Q2 in comparison to the other Estonian startups. Bolt lost 37M€, a drop of 44%.

Additionally, the total amount paid in taxes also decreased. It is difficult to determine the future trajectory of Bolt even after Q3 and Q4 data is analyzed. On one hand, similar players in the industry like Uber and Lyft have announced large layoffs due to COVID-19. Furthermore, with the potential of more lockdowns, it might be a while before the number of people ride-sharing resembles those of pre-pandemic. On the other hand, Bolt has many investors and the Estonian government on its side. Additionally, it occupies a large chunk of the industry space. Other sources of potential rebounding are derived from Bolt’s new partnership with Google Maps, their global expansion, and their venture into the food delivery space. The food delivery space is a large part of daily life when dine-in services aren’t available during COVID-19.

The best way to summarize Bolt’s impact on Estonia’s startup ecosystem in Q3 is to look at Bolt’s drop in revenue in conjunction with the the other startups and their losses. Bolt had a very large impact on the overall outlook of the Estonian startup ecosystem. Bolt contributed largely to the aggregate revenue loss amongst startups in Q2. If we kept Bolt’s revenue in Q2 consistent with that of its Q1 revenue (85M€), the overall revenue of Q2 would have been approximately 263M€, which would have made the drop in revenue 1.7M€ instead of 38.8M€.

Which Companies Were Able To Find Some Semblance Of Success During COVID-19?

* Comment. Size of a dot visualizes the size of the change in revenue for a startup.

The medium-weights in TOP20 with the significant percentage increase in revenue were BHC Laboratory (+5091%) and Cleanhand (+967%).

The heavy-weights in TOP20 with the largest percentage increase in revenue were Staycool (+1189%) and Threod Systems (+1107%).

In Q2 2020 out of the 20 fastest growing Estonian startups, 16 startups were lightweight, 2 were medium-weight, and 2 were heavy-weights. This is indicative that startups that were in their initial phase, and or startups that were focusing on more regional small-scale efforts, were growing faster and performing well despite the pandemic.

Startups founded in 2020 should also be considered winners. Another indicator of companies who were able to survive the pandemic are those who hired new employees during a rise of unemployment in Estonia. The companies that have managed to hire the most people in Q2 were Goworkabit Estonia, Skype Technologies, H2H, Modular, Mindtitan, Comodule, and Synctuition.

The improvement in key performance metrics from Q2 2019 to Q2 2020 shows that the hit the Estonian startup ecosystem faced was not significant. The success of the ecosystem is best seen in its ability to not fall below Q2 2019 numbers.

How Does Estonia’s Startup Ecosystem In Q2 Fare In Comparison To The Rest Of Europe?

The impact of COVID-19 on the startup ecosystem of Estonia versus the rest of Europe was significantly different. Europe in Q1 2020 was hopeful that Q2 2020 would yield more positive results than Q4 of 2019 and Q1 of 2020. Many investors also believed that the lower numbers of Q4 were due to seasonal fluctuations often seen in Q4 of various years. However, that seemed unlikely to be the case. In 2019, Europe saw their startup economy beginning to lose traction, while Estonian startups saw record revenues and trajectory growth. The difference between when the two groups began to see a decline in their startup ecosystem is incredibly telling. The case of Europe shows that the economic decline amongst their startups is symptomatic of problems larger than COVID-19. In contrast, Estonia’s decline in revenue and other key performance indicators are only seen in the scope of Q2 of 2020, meaning that the pivot from record-breaking growth is most likely not due to a larger underlying issue, but a product of COVID-19.

What Signs Indicate Optimism For The Future?

There were several factors that provided optimism to those invested in the Estonian startup ecosystem. As seen above it can be noted that Bolt contributed to a significant portion of the downfall in total revenue between Q1 and Q2. Some other positive notes about Q2 were that the overall salary in an Estonian startup in Q2 was still higher than that of the overall Estonian average income in Q2. Additionally, big investments were still made in the first half of 2020. Some of these include Bolt, Veriff, Pactum, and Milrem Robotics. Companies were still starting in the first half of 2020, as well as various acquisitions. Between Q2 of 2019 and Q2 of 2020 more than 60 startups were founded. The Estonian Startup Visa still has 317 temporary residency permits and visas to work for Estonian startups. Several of these permits were given to startup founders. These positive signs are part of a much larger pattern in Estonia. The Estonian government implemented certain policy initiatives making their startup ecosystem stable, with room for innovation. The core initiatives that have helped maintain the startup ecosystem were the country’s tax policies, the country’s digital capabilities, and Estonia’s e-Residency program. Overall, Estonia’s startup ecosystem managed to sustain itself in Q2 and position itself for a brighter Q3 and beyond.